The story is enough. 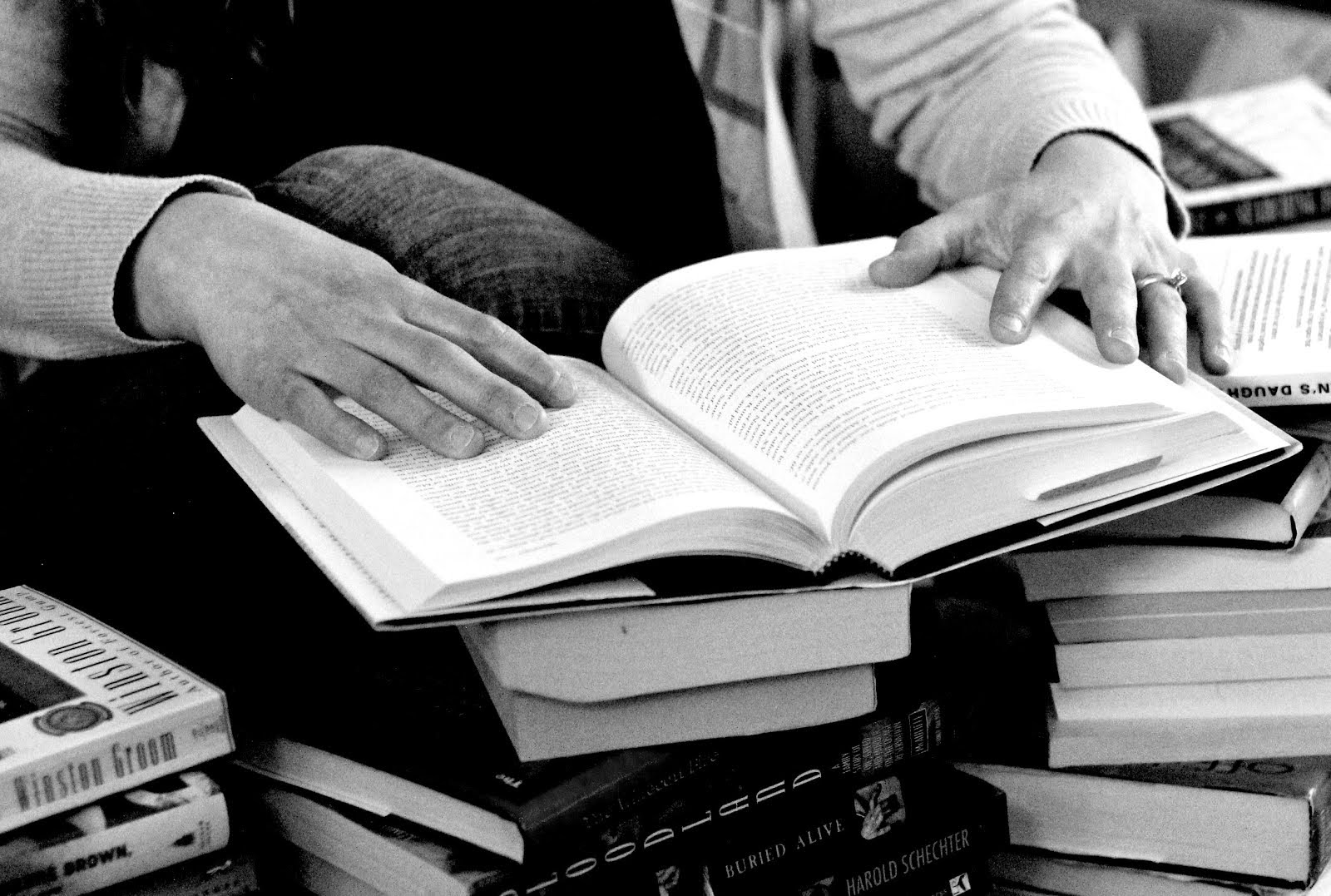 It's been awhile, huh?

But sometimes you run across something that just fits so well - you gotta tell folks about it.


This time it isn't a book or a short story, but a blog: Just Another Damn Thing to be Strong About.

She writes about a son with a mental illness, surviving cancer, losing her parents, being an art teacher, adoption, Colorado, a teenage daughter, and everything else that just comes with life.  She tells her story.  And her story is enough.

Email ThisBlogThis!Share to TwitterShare to FacebookShare to Pinterest
Labels: blog, Just Another Damn Thing to be Strong About, review, the story is enough

This poem was written Dec. 25, 1864, months before the end of The Civil War. Addressing the deep despair that surrounded the heart of every American at that time, it invites us into the heart of Longfellow himself, as Christmases past were times of his own personal tragedies. And yet, despite utter sadness there is also utter, undeniable, hope... "The Wrong shall fail,/the Right prevail,/With peace on earth, good-will to men."

May we look forward with hope as we celebrate this Christmas season and the New Year ahead!

This post first appeared in the Canon City Daily Record.


This review first appeared in the Canon City Daily Record.


Social media and technology have made the private and secret choices of our nation's leaders hard to dispute or ignore. Yet following World War I, something unheard of happened in the White House: a woman became President of the United States. In Madam President: The Secret Presidency of Edith Wilson, William Hazelgrove describes how for five months Woodrow Wilson lay incapacitated and his second wife, Edith Galt Wilson, acted as leader and chief.

In the fall of 1919, while campaigning for the League of Nations across the country, President Wilson suffered a stroke that left him victim to paralysis, paranoia, unpredictable mood swings and cognitive loss. In her devotion to the man who courted and married her during his incumbency, Edith built a fortress of protection around her deathly ill husband. She governed "by assigning importance, and nothing was more important that the president's health." In short, quick moving chapters, Hazelgrove tells us how without much push back from Vice President Thomas Marshall - he didn't want the job of commander in chief - Mrs. Wilson was able to man and run a petticoat government with the minutest of help. This was unprecedented.

The last time a president was unable to perform the duties of his office was after the assassination attempt of President Garfield. Now, a self-taught woman would lead the country in the days after devastating war and destruction had rocked the world.


With dramatic storytelling in this easy to follow narrative, Hazelgrove has introduced us to an ardent love story - full of romance and courtship - of a US President, a story of political intrigue and the tensions of war and government. Because it was a different time - a different era - this puppet presidency became a possibility, and a reality. Warfare tactics had changed; women were demonstrating for the right to vote; politics became an even more world-wide endeavor and the draft had become a nightmarish reality.

This is the true tale of the folly of love and medical ignorance. The morality of the life of a man or the term of a president is examined in a very human and logical way. With good solid and inclusive information, we are invited to see how exhaustion, stress, temperament, limited education and insular world views influenced weighty political decisions made with the signature of Edith Wilson. There were many who were incensed, and yet powerless to do anything about it.

In a romantic sort of irony, Mrs. Wilson died on Woodrow Wilson's birthday, in 1961. It was then that she was finally recognized, in European and American papers, as the "First Woman President."

I received this book in exchange for a fair and honest review.

Posted by Come Follow Me Portraits at 11:13 AM No comments:

Who is Santa: And How Did He Get to the North Pole? by Stephen W. Bigalow


Who Is Santa? by Stephen W. Bigalow, and illustrated by Bill Megenhardt, is a conversational and and believable picture book.  With authority, the text answers questions - not just WHO is Santa, but also answers just about every other question one can have about the Jolly Old Elf - the elves, the North Pole, reindeer, and all the "how"s of Christmas Eve night itself.

Bright pictures on glossy pages, this book is jolly and cheerful itself.  A table of contents grants easy access to favorite parts - 32 chapters, exactly the number needed to begin reading Thanksgiving night and usher in the holiday season.

With creativity (Santa eats so much food to make sure that there is plenty of space to store toys up for the grand evening itself), little ones will enjoy lap-sitting and hearing about WHO Santa is, and HOW he got to the North Pole.

I received this book in exchange for a fair and honest review.
Posted by Come Follow Me Portraits at 8:29 AM No comments:

Email ThisBlogThis!Share to TwitterShare to FacebookShare to Pinterest
Labels: Bill Megenhardt, book review, children's book, Christmas, How Did He Get to the North Pole, picture book, Stephen W. Bigalow, Who Is Santa

Adventures With Andy & Susie: A Stormy Weekend by Donna Hall

What a pretty little picture book!  With the soft and intentional strokes of a brush, Donna Hall invites children, and adults alike, into an imaginative world.  Adventures With Andy & Susie: A Stormy Weekend is a tale that is not bound by time.

Andy returns home from a school, far away, and resumes his adventures with his dear black and white cat, Susie.  Together they do the usual things: help Dad with farm chores, pick flowers for Mom, eat a homegrown lunch, and visit a friend from the neighborhood.  Yet, there is also the unusual!  Susie, the cat, wears a curious pair of spectacles, a bus sails through the air, a rabbit wears clothing, Katie is in a steam-powered wheel chair, and beekeepers wear tin hats!

There is a lot for readers to connect with and much more to explore and wonder at.

While the pictures are bright and flowing, I found that I was distracted by the quotations marks in the text, used for emphasis and expression.  They were understandable, just distracting.

Adventures with Any & Susie is a cozy book for lower to middle elementary age readers - perfect for snuggling under blankets or curling up in the lap of someone who is dearly loved.

I received this book in exchange for a fair and honest review.
Posted by Come Follow Me Portraits at 2:59 PM No comments:

This review can also be read in the Canon City Daily Record.

Every once in a while, a reader needs to take a break from something cerebral or intentional, returning to a book that had been thoroughly enjoyed at one point. This cooler weather has brought on the desire to curl up with a good book that never disappoints. It can be hard to explain why we love a favored book. All I can do is tell you what the book is about so you can grab a copy of the magical fiction, The Sugar Queen by Sarah Addison Allen - see if this clean, gentle love story transports you, too.

Josey Cirrini is no longer the petulant, spoiled child the town of Bald Slope remembers her to be. Rather she has become quiet and demure, cowed and invalidated by her hard and widowed, Southern Belle mother. Josey's sole purpose in life is to cater to her mother's needs, driving her to luncheons and hair appointments, and helping her keep up the illusion of privileged independence. There are only a few things that bring joy to Josey each day - the handsome man who delivers the mail, travel magazines, and a closet filled to the brim with a secret stash of sweets.

Yet lemon drops and snow caps are not the only things in her closet. Della Lee Baker, a local waitress, suddenly takes up residence there beside the bottles of pop and licorice whips. And does not leave. Instead, the rough and blunt, bleach-blonde woman imparts assignments and food orders that force Josey Cirrini to leave her closet - her room - and venture into the world beyond. With the falling of leaves, and the changing of seasons, magic sets growth and healing into motion.

In this world outside her home, Josey discovers Chloe Finley, a young woman followed by insistent books. A lifelong blessing and curse, books appear, pushing themselves and their content on Chloe - at the exact moments she needs them. Her heart has been deeply broken, making space in her life to befriend the Cirrini daughter... and connect Josey with that mailman she has fallen in love with.

Doughnuts and candy bars are not the only secrets in the town of Bald Slope. And friendship is not the only magic. There's love to be rekindled after decades... the color red, once shunned, now to be worn... a murder to be solved... spirits to be acknowledged... hearts to be opened and healed... snowmen to be built... strength and confidence to be welcomed... and journeys to take beyond the doorways of closets, where candy hearts can no longer take the place of real love and acceptance.

I asked one of the young adults in my home to review this book.  She is an avid reader in high school, and loves animals and their stories.


In my opinion, the book A Wolf Called Ring by Dr. A.W. Sibley was not well-written.  The paragraphs in this book are at average 5 – 10 sentences which makes it hard to read.  It gets me distracted when there are so many unnecessary pauses in the story.  I’m pretty sure that this is supposed to be an autobiography but it isn’t clearly stated.

The wolf’s story line is very detached and makes no sense sometimes.  There are many pieces of information he used for Ring’s part of the story that made no sense and weren’t factual.  It is hard to believe that he actually did some research on this book.  There are multiple places in the book where it mentions that anyone can know that his name is Ring just because of the ring around his neck.

The book wasn’t all bad, though.  The ending was partially a cliffhanger and it was a bit sad, which can be nice in a story.   The book had some good points but most of it wasn’t relevant to the story.  When Honey Gal comes into the story, the reader gets distracted from Ring as we move into the story of his horse.  It is hard to believe he remembers so much from when he was 6-9 years old.

To conclude this review, I will state that I believe the book cover was misleading.  The front cover art makes to boy look detached and apathetic.  All and all, I personally didn’t enjoy the book, but I am sure many others will.

I received this book in exchange for a fair and honest review.
Posted by Come Follow Me Portraits at 12:34 PM No comments:

The story is enough.

Everything I've learned came from a story.
The story tells Truth - in digestible pieces.
The story creates Connection – to each other, to our world, to ourselves.
The story is enough.
Follow @storyisenough

The story is enough

Promote Your Page Too
Contributor at The Mookse and the Gripes.

Enough and some to spare...

I will consider hard copies of fiction, nonfiction, poetry, plays, and essays for review. Electronic formats will not be considered.

Agreement to read a work does not guarantee a review.

I will be honest and fair in my critique.

Reviews will be completed six weeks after I have received the work.